In a new series of articles, we’ll be taking a look at the best places to watch wildlife in  North East England.

By no means comprehensive but hopefully informative, these posts are intended to provide inspiration on where to visit in the North East to observe and enjoy nature, as well as detailing some of the wildlife you can expect to enjoy at these sites.

Based on the reports and sightings of North East naturalists and personal experience, I hope these posts might provide inspiration when choosing the destination of your next wild walk in the region.

One of the more vibrant of Newcastle’s parks, Jesmond Dene is a steep-sided wooded valley spanning the banks of the Ouseburn, a tributary of the River Tyne.  Running for some 3km and boasting no end of paths and bridges, it is accessible and easy to navigate.

While I wouldn’t exactly describe Jesmond Dene as a haven of tranquillity – due to its location, it can be quite busy – there are many secluded spots where it is possible to escape the rat race, albeit momentarily. Indeed, walking here, under the canopy of native and ornamental trees – many of which were planted by the late Lord Armstrong – it almost possible to imagine yourself elsewhere, far away from the reaches of the busy city.

The history of Jesmond Dene is fascinating but more importantly, at least in the eyes of those who enjoy wildlife, it remains a great place at which to enjoy and immerse yourself in nature. 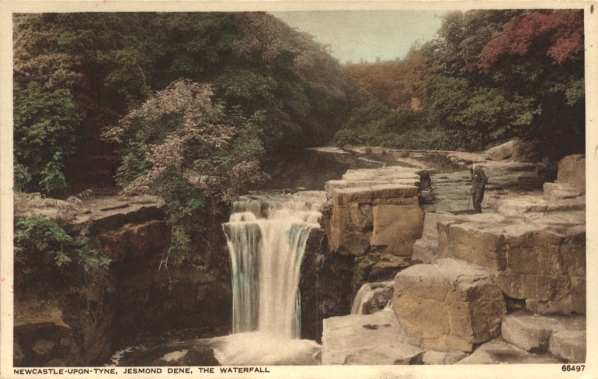 The birdlife of Jesmond Dene, past and present, has been explained in glorious detail by the Heaton History Group.

Like a great many sites across the North East, Jesmond Dene has lost its fair share of breeding birds over the past decades, including its breeding population of Spotted Flycatcher. Despite this, it remains and great site at which to observe a suite of more familiar woodland birds, including Nuthatch, Treecreeper, Goldcrest, Mistle Thrush and Great Spotted Woodpecker. By night, Tawny Owl are very much apparent; while daylight walks can reveal Sparrowhawk and, less often, Buzzard.

In spring, the song of Chiffchaff, Willow Warbler and Blackcap filter down the canopy, with Garden Warbler also heard on occasion; while in winter, Fieldfare and Redwing are a common sight. Following their successful conquest of Northern England, non-native Ring-necked Parakeets can be encountered yearound in and around the Dene.

The Ouseburn running through the heart of Jesmond Dene is a fantastic location at which to observe Grey Wagtail; while Dipper, Grey Heron and Kingfisher are also present. The Little Grebe pictured below came as a welcome surprise in 2019.

An unexpected Little Grebe on the Ouseburn

In my experience, the mammals you are most likely to encounter in Jesmond Dene are Red Fox, Brown Rat, Wood Mouse and, of course, Grey Squirrel. Lucky visitors may catch sight of an Otter on the Ouseburn; while Roe Deer are occasionally recorded at the site.

Visit Jesmond Dene with a bat detector and may well encounter a decent range of species including Noctule, Common Pipistrelle, Daubenton’s and perhaps, Brown Long-eared Bat.

Despite some sources stating otherwise, it is likely that Red Squirrels have now been lost from the Dene. Equally, badgers have become scarce (if not completely extirpated).

There have been rumoured reports of Water Vole on the Ouseburn in recent years and with this species returning to sites nearby, a lucky encounter is not impossible.

Disclaimer: I can find very little written about the invertebrate community of Jesmond Dene; although it is probably safe to assume that given the nature of the site, a great many interesting insects could be found.

A good variety of butterflies can be seen in the Dene, including Speckled Wood, Orange-tip, Peacock, Comma, Small Tortoiseshell and the three common ‘whites’; as well as Holly Blue in recent years. Others have recorded Large Skipper and Painted Lady.

Orange-tailed Mining Bee, Tawny Mining Bee and Chocolate Mining Bee have been recorded recently in Jesmond Dene, alongside six bumblebee species. In summer, I have observed Southern Hawker; while recent forays into the world of ladybird have revealed Harlequin, Orange, Cream-spot, 14-spot and 7-Spot Ladybirds.

One of the more interesting invertebrates to be found in Jesmond Dene is the Cave Spider, one of the UK’s largest spider species. Read more about Cave Spiders in the Dene here.

The dominant native tree species of Jesmond Dene including English Oak, Wych Elm, Beech and Ash, alongside Yew and Holly. Exotic species planted on-site include Californian Redwood, cedar and Cherry Laurel, as well as ample rhododendron. The Dene appears part arboretum, part woodland, depending on how you look at it.

Close to the city and greatly altered by man, it is little wonder that Jesmond Dene also represents a melting pot of non-native wildflowers. Recent walks here have revealed Garden Yellow Archangel, Japanese Pachysandra, Mock Strawberry, Salmonberry, Lesser Periwinkle, Spanish Bluebell and Himilayan Balsam. On the approach to the Dene, by Heaton Park, an expansive swath of Winter Heliotrope can also be seen.

Of course, there are plenty other interesting plants to be seen in Jesmond Dene… 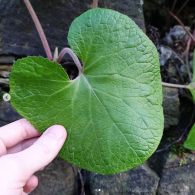 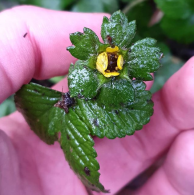