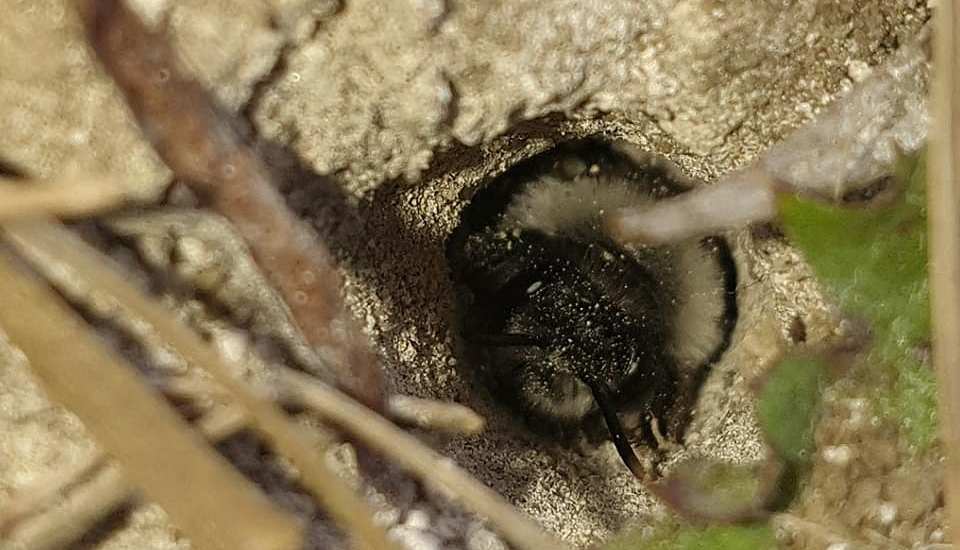 For a long time, I have read with envy the blog posts of others who have visited the Prudhoe Spetchells yet, shamefully, have never found the time to visit myself; though this all changed a fortnight past.

The Spetchells are an interesting site in a great many regards. Created as a by-product of factory work during World War two, they represent the only example of a chalk dominated habitat in Northumberland. The deposited chalk and the imposing mound created decades ago forging a locally unique habitat home to a very interesting community of plants and invertebrates.

Starting out and taking the short track up-hill towards to top of the mound, we quickly found ourselves stopped dead in our tracks – bees! And a great many of them. Honestly, I don’t think I can recall a time when I have witnessed so many bees in one spot at the same time. The sight of countless insects on the ground, in the air, and adorning low-growing vegetation truly impressive.

Looking closer, the vast majority of the bees on the show turned out to be Buffish Mining Bee – the Spetchells is, after all, renowned as a location at which to observe and enjoy this species. We estimate that we saw maybe four to five hundred of these bees during our visit; though I have been informed that earlier in the season, visitors can expect to see many thousands.

Less numerous that the Buffish Mining Bees and easy to pick-out from the swarm were a number of Ashy Mining Bee – a new species for me and perhaps one of Britain’s most eye-catching solitary bee species. The monochrome appearance of this species rather endearing, and definitely eye-catching.

After a few fleeting glances, we were lucky enough to catch sight of a female excavating a fresh burrow while nearby, another watched us intently from the entrance to a nest hole. A few smaller, less striking males were also observed. 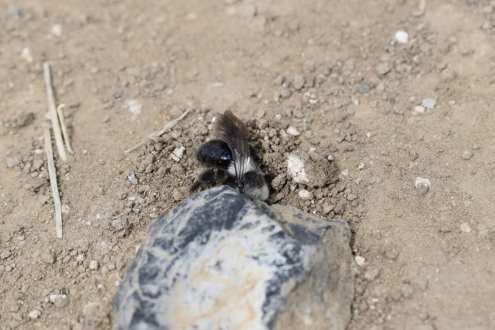 Of course, where there are solitary bees, there will inevitably be nest parasites, and throughout the afternoon, we enjoyed the sight of many Nomada cuckoo bees inspecting burrows with sinister intent. These are a confusing bunch and of the handful of species present, only one was identifiable to our amateur eyes: Gooden’s Nomad Bee. Still, these colourful bees made for enjoyable viewing as they carefully inspected the many visible burrows, occasionally being forced to beat a hasty retreat having encountered the burrow owner mid-way down.

Elsewhere, whilst photographing bees of the buffish variety, Matt emerged with some grainy images of a new bee – one I definitely hadn’t seen before. Thankfully, local naturalist Louise Hislop was quick to identify this as Hawthorn Mining Bee.

The Spetchells is a notable site for more than just bees and the floral community here is also rather unique. I confess, we did not spend half as much time as we should have looking at wildflowers but what we did see was most interesting.

At ground level, the fragrant leaves of Oregano were very obvious and definitely worthy of a ‘scrunch and sniff’. Slightly more eye-catching were the dropping, pink blooms of Columbine and dainty purple flowers of Wild Pansy. The many buttercups just starting to bloom here turned out to be Bulbous Buttercup; while Wild Mignonette and Bird’s-foot Trefoil were just starting to flower. One of the site’s most damaging invasive species, Creeping Cotoneaster, was extremely obvious; though it appeared that the dedicated volunteers who tend the site had managed to beat the invader back to a few albeit sizeable patches. 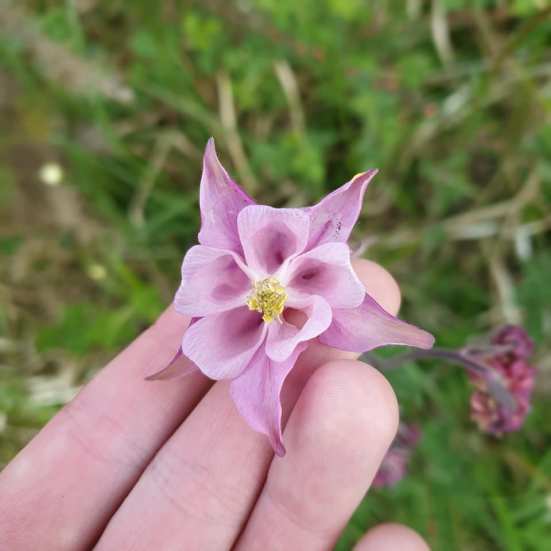 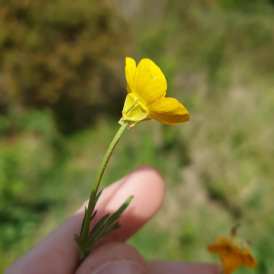 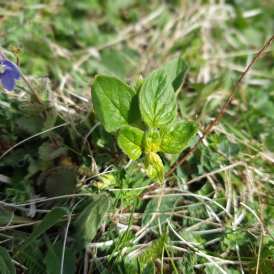 The presence of the aforementioned Bird’s-foot Trefoil at the site led to a most welcome encounter with a Dingy Skipper butterfly, as ever too quick for a decent photograph. A handful more of these dull yet charming sprites were observed on the return journey too. Ever welcome – they remain a relatively uncommon sight in my area. 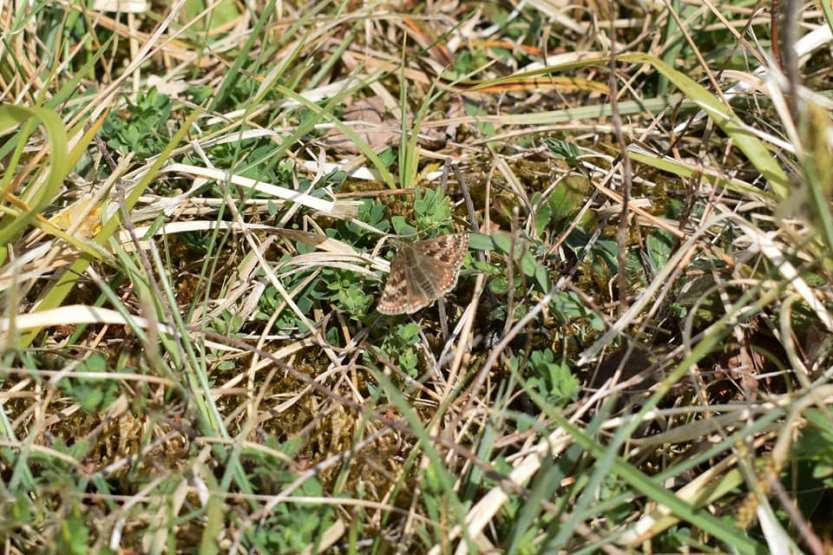 Ultimately, the Spetchells is a site that warrants much further investigation. Unique and beautiful, this is a truly wonderful location and one of South Northumberland’s ‘hidden gems’. I thoroughly enjoyed my first visit and can’t thank enough the members of the local community who keep this fabulous site safe, secure, and in tip-top shape for wildlife.