For me, the Bee Orchid (Ophrys apifera) has always been somewhat of an enigma: a species I frequently encounter on TV, social media and the blogs of other naturalists yet never in the flesh. This petite yet flamboyant bloom, famed for its status as one of nature’s great mimics, eluding me at every turn.

The bee orchid is not a particularly scarce plant, nor is it overly abundant – growing on base-rich soil and disturbed ground, often in the heart of our towns and cities. Flowering in June and July, it beggars belief that they have remained absent from my outings since I first started casting an optimistic eye over verges and meadows a number of years ago.

Thankfully, today, I was able to reverse this trend and, after half an hour on my hands and knees at a site in the heart of urban North East England, I was able to see one (eight, actually) for myself. I was not disappointed, they are just as beautiful as I had expected. 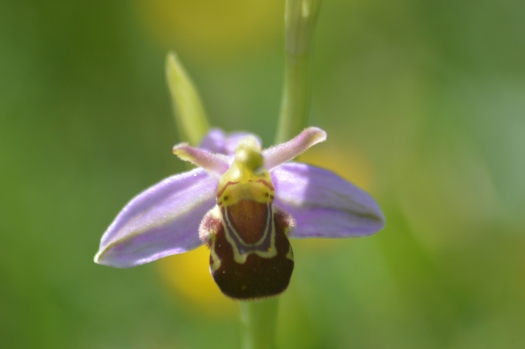 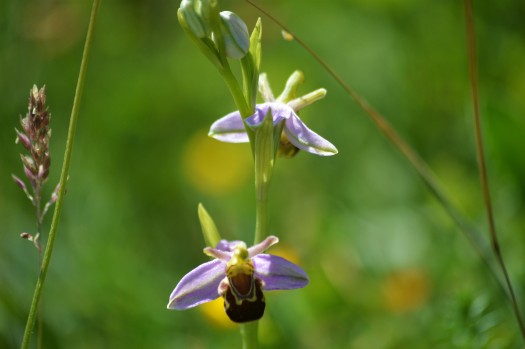 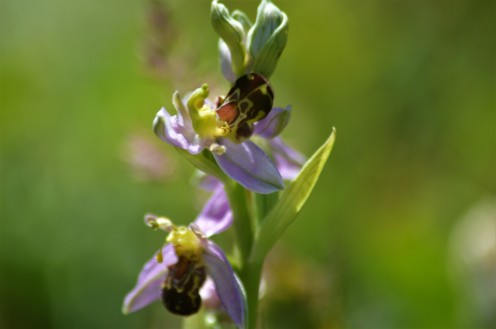 Though vivid orchids were the intended target of today’s trip, as ever, it was difficult not to get distracted. Particularly by the remarkable array of insects on the wing at the aptly named Silverlink Biodiversity Area. A short watch revealing Common Blue, Small Skipper, Small Copper, Large White and Speckled Wood butterflies, alongside a dapper 5-Spot Burnet and a multitude of vibrant Damselflies. Among them, a number of delicate Blue-tailed and a few freshly emerged Large Reds. Wildflowers continued to feature on route home with Bloody Cranesbill and, perhaps my favourite bloom of all, Woody Nightshade, adding a pleasant splash of colour to the path-side margins. The latter, in particular, looking sensational with its deep, almost sinister, purple petals. 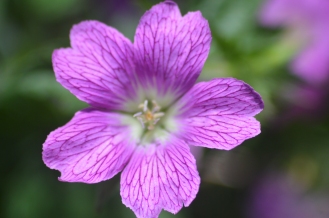 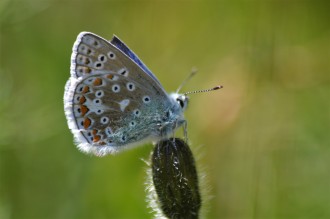