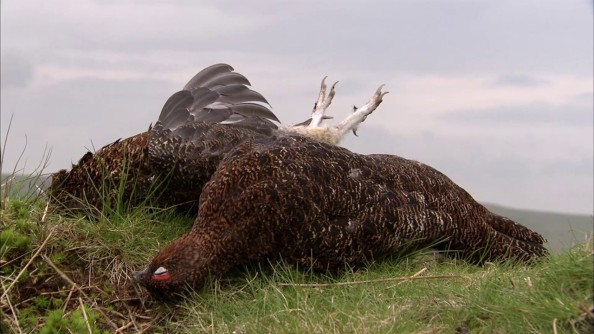 This latest guest blog comes from AMA student, Edward Grierson, and focuses on the subject of Driven Grouse Shooting. Disclaimer: the words below are not those of the blog owner and queries and comments should be directed to the author, as appropriate. If you would like to submit a response for publication on this blog, please get in touch.

There is no topic in modern conservation more polarising than driven grouse shooting. As it stands, the debate on the subject, for the most part, is between two opposites: those who want to ban the sport and those who want to change nothing about the sport. Nor is there a topic which has been the subject of more discussion from both sides, to the point that this article feels like a flogging a dead horse. I’ve even written about this subject several times myself. Unfortunately, the recent disappearance of three hen harriers near grouse moors in the Borders and Cumbria has reminded both sides that wildlife crime is still rife within the sport[1]. With this in mind, now feels like as good a time as any to discuss a possible middle ground in such a schizophrenic debate. I am of course referring to licensing grouse shooting in the UK.

To understand why I support this approach, we have to look at the other two sides in this conflict. Firstly, there are those who oppose a ban, or any form of legislation, being applied to driven grouse shooting. Essentially, this equates to keeping the sport exactly as it is. And therein lies the problem: with grouse shooting as it is, peregrines are declining in the Peak District[2], red kites are as badly persecuted in Scotland as they were 25 years ago[3], and only three pairs of hen harriers bred in England last year[4]. This is despite the decades of negotiations between conservation organisations and shooting estates, which are still being touted as the solution to solving raptor persecution. Put simply, trying to keep the status quo, when the status quo is so clearly flawed, as with driven grouse shooting, makes no sense.

That being said, neither do I side with those who want to see driven grouse shooting banned. Admittedly, I have a history with this side; I proudly signed the first three e-petitions created by Mark Avery, and when the third e-petition earned Parliamentary debate, I wrote to my MP encouraging them to support a ban (they didn’t even turn up to the debate). More recently, however, I’ve begun to have doubts about it. Not only is it unlikely to be effective in the long term, since it would only apply for one part of the UK, but for a lot of our upland wildlife, it could be a major setback. Curlew, lapwing, golden plover, merlin, kestrel, ring ouzel, black grouse…all these would be far worse off if driven grouse shooting was to be banned. Don’t get me wrong, I want to see more of our uplands, including grouse moors, allowed to revert to natural conditions. But I can’t deny the importance that grouse moors have played in keeping a lot of Britain’s rarest species from going extinct. Not to mention that there are a lot of people working on these landscapes with a genuine love of what they are doing, who don’t deserve to be put out of a job if this ban were to be put into effect.

Which is why I favour licensing grouse shooting: it’s a compromise between two extremes. It’s not likely to put people out of a job or lose important species, as a ban would, but it also provides would-be raptor killers with an incentive not to do so. It also allows for prosecutions to take much less time, as a perpetrator of wildlife crime can simply have their license revoked, and if licenses are issued to both the keeper and the shooting party, it would avoid the situation in which one is prosecuted for the actions of the other. It’s also worth noting that the UK is far behind in enforcing this, in comparison to continental Europe: France, Spain, Germany, Latvia, Romania, Poland, Norway, Sweden and Denmark, to name a few, all require shooters to have licenses to kill game[5], and all still have thriving shooting industries.

It goes without saying that licensing is not the be all and end all in combatting wildlife crime. Other measures, such as increased powers for conservation charities to investigate crimes, also common in many European countries, also need to be implemented. But it’s a big step in the right direction. Taking the middle ground in an argument rarely feels desirable, and to me can often feel as if it lacks a sense of conviction. In this case, however, I’m happy to make an exception, so that both people an wildlife can get the best deal. If I’ve convinced you that licensing driven grouse shooting is the way, you can sign the e-petition here[6].