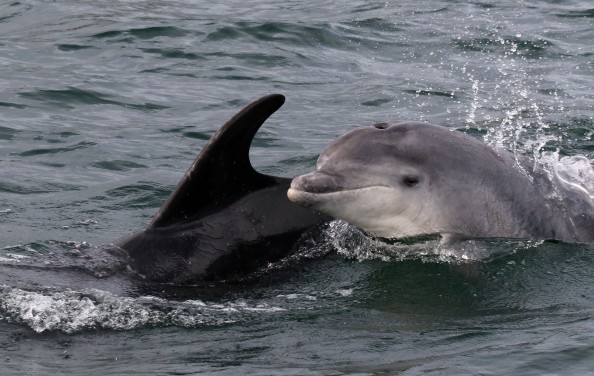 As announced on BBC Countryfile this past weekend, the results of the 2017 National Whale and Dolphin Watch, organised by the Seawatch Foundation, are in! And you can now read the latest report online and free.

During last year’s event, which took place 29th July – 6th August, a record-breaking 1,529 hours of dedicated watches took place. Clocking in at some 300 hours more than on any previous occasion and representing the efforts of some 2,500 volunteers positioned all around the British Isles.

201 marks the sixteenth year that this huge citizen science scheme has taken place and clearly the event is growing in popularity year on year. With some 1,410 records of cetaceans, the collective term for whales, dolphins and porpoises, reported from land and at sea during the latest count. Sightings which will undoubtedly contribute greatly to our knowledge of the cetacean species inhabiting British waters.

On the subject, Kathy James, Sightings officer for Sea Watch writes: “It’s so important for people to join in helping us to track whales, dolphins and porpoises in UK waters. The Sea Watch Foundation database holds hundreds of thousands of records which are used by scientists and governments to inform research and policy on these wonderful animals” Adding that “The wonderful thing about watching for whales and dolphins in the UK is that you don’t necessarily have to get on a boat to see them”.

More than half of the sightings logged during the latest round of surveys came from land-based volunteers stationed at one of 108 survey sites or those who were lucky enough to spot a cetacean as they went about their other business. Forty-eight vessels were also involved with the event, from pleasure craft and fishing vessels to ferries and cruise ships. Together, the reports received during the 2017 National Whale and Dolphin Watch amounted to around 6,500 individual animals “captured” by the survey, a powerful testament to citizen science.

This most recent effort also showed that on average around the UK, a cetacean could be spotted once an hour! North and East Scotland, South Devon, Cornwall and North-east England all had a greater sightings rate than the national average. These excellent cetacean-spotting areas clocked up between 1 and 5 animals per hour on average per site.

Eleven different cetacean species were seen in UK waters during the National Whale and Dolphin Watch. All in all, 29 species of cetacean have been recorded in UK waters although only fourteen are recorded regularly. Seeing a good proportion of these in just nine days goes to show what people can achieve when they work together.

Sea Watch Foundation are actively seeking volunteers to come forward to take part in the National Whale and Dolphin Watch 2018 this summer, which takes place 28th July – 5th August. Surveys can take place from your favourite or nearest bit of coastline and boat-users are urged to get in touch too. No experience is necessary as the team at Sea Watch will offer you training and advice on how to take part.

Find out more about the event: www.seawatchfoundation.org.uk/nwdw

White Dead-nettle, Lamium album, for Day 17 of #365DaysOfBotany. 🌱
We're going small for Day 16 of #365DaysOfBotany with Common Whitlow Grass, Erophila verna 🌱 Dinky, hairy rosettes growing on a footpath. What's not to like! #pavementplants Week 2 update: https://commonbynature.co.uk/2020/01/16/365-days-of-botany-week-2/
Rare philodendron collection with bonus Variegated Monstera. 🌱 Keeping this happy during winter is providing difficult, to say the least. Humidifier, grow lights and still, brown tips! 😳
A teenie tiny Red Dead-nettle, Lamium purpureum, on Day 15 of #365DaysOfBotany. 🌱 Useless fact of the day: thr generic name is derived from the Greek lamia meaning devouring monster.
Sometimes, the mundane can be beautiful too. For Day 14 of #365DaysOfBotany, I'm sharing Ribwort Plantain, Plantago lanceolata. 🌱 Random fact of the day: in traditional Austrian medicine, its leaves are used to treat insect bites and skin infections.
For Day 13 of #365DaysOfBotany, I'm sharing the highly unusual Ilex aquifolium 'Ferox' aka Hedgehog Holly. 🍃 Not strictly wild as found in old parkland; though quite educational. I had no idea this was a thing...