Now, this is a post for the avian-inclined individuals out there…

For those of you who didn’t know, I set myself a challenge at the start of 2017. One which would see me attempt to glimpse as many bird species as possible in my home county over the course of a single year. No easy feat given the fact I do not yet drive, and instead rely predominately on public transport and the goodwill of others. (Thanks for the lifts this year Jack, Sacha and others).

As we approach year’s end, I can reveal that I will be finishing said challenge on a total of 222 species. Now, this falls below my initial target of 230 and well below the dizzy heights reached by other regional birders, but despite this, I am happy with it. While my own tally may yet increase (doubtful), what I have had the pleasure to enjoy so far has worked wonders when it comes to confirming my view of Northumberland as an incredibly diverse, beautiful and wholly interesting county. Truly, I’ve had a blast dashing around like a lunatic during 2017 and despite my mediocre score, have enjoyed some truly wonderful spectacles.

Below is a short summary of the highlights of this birding year omitting, of course, a few of the more abundant odds and ends in the interest of efficiency.

Mandarin – Lone drake on an urban pond at Hexham on the 24th of February.

Green-winged Teal – Drake at Hauxley Nature Reserve on the 18th of April.

Black Scoter (Lifer) – Drake at Cheswich Sands on the 16th of January.

Ruddy Duck (County Tick) – Drake at Bothal Pond on the 8th of June. 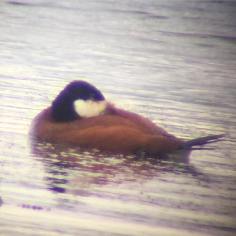 Black Grouse – 1 male and 2 female birds at Swinhope on the 25th of February.

Quail (County tick) – One seen and another two heard at Stobswood on June 19th.

Great Northern Diver – two at Bamburgh on the 7th of January.

Red-necked Grebe – a single individual at Bamburgh on the 3rd of March.

Slavonian Grebe – four at Bamburgh on the 7th of January. Another confiding individual in Blyth Harbour thereafter.

Spoonbill – One at Druridge Pools on the 10th of April, three thereafter.

Great White Egret – One at Druridge Pools on the 26th March.

Common Crane (County Tick) – One at Druridge Pools on the 9th of April.

Curlew Sandpiper – two at Cresswell Pond on the 2nd of August.

Little Stint – one at Cresswell Pond on the 9th of October.

White-rumped Sandpiper (Lifer) – the Showy individual at St. Mary’s Island on the 7th of August.

Pectoral Sandpiper – One on the 3rd of July at Druridge Pools.

Red-necked Phalarope (Lifer) – Single bird on the 3rd of October at Druridge Pools.

Glaucous Gull – Flyover individual at Warkworth on the 7th of January.

Iceland Gull – Immature on rocks at North Blyth on the 6th of January.

Caspian Gull – Returning bird at Amble on the 6th of August. Ring no: PKCS.

Black Tern – Cracking adult at East Chevington on the 21st of April.

Long-tailed Skua (Lifer) – Birding experience of the year; single bird showed down to a matter of feet on Goswick Golf Course. 27th September.

Short-eared Owl – fantastic year for this species; ten individuals seen by December including six together at one site + two on breeding territory.

Cuckoo – singing birds at Beacon Hill and Catton, first 2nd May. One seen on Holy Island.

Bee-Eater (Lifer) – Long-staying bird at Druridge Pools on the 21st of October.

Shore Lark – four at East Chevington on the 1st of January.

Short-toed Lark (Lifer) – single bird at Catton Moss on the 10th of May.

Citrine Wagtail (Lifer) – Fantastic views on two occasions at Lynemouth Flash, first seen on the 13th of May. 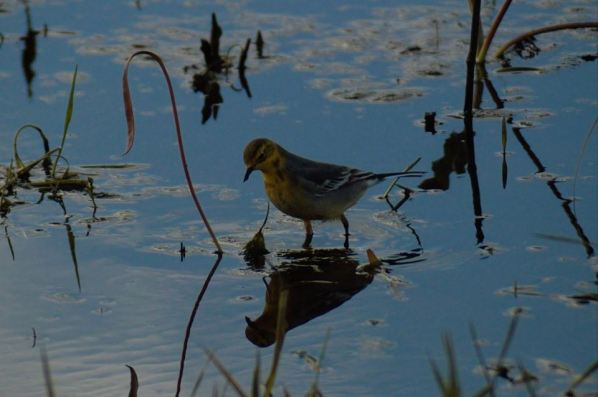 Hawfinch (County tick) – Two individuals at Abbey Mill on the 6th of November.