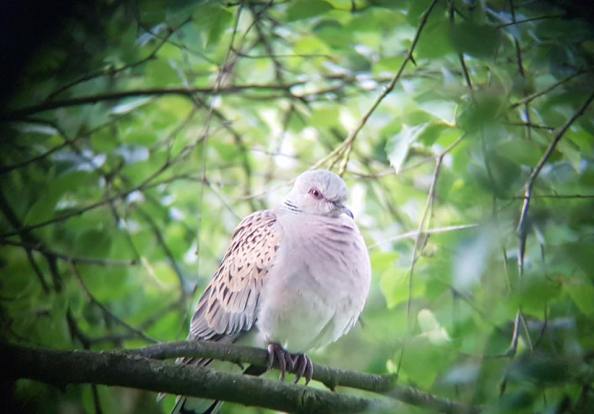 It would appear that half of the nation is currently giving their all to the Wildlife Trust’s #30DaysWild campaign: each committing to a whole manner of unique and inspiring tasks aimed at bringing themselves, their children and those around them ever closer to nature. Truthfully, it is uplifting to witness (and read about) and, after time commitments prevented me taking part last year, I have been doing my best to keep up. Below is a little round-up of the ventures thus far.

Day two of this month’s wild extravaganza found me poised, at dawn, in the garden – excited to open my new moth trap and examine the treasures I hoped I would find inside. I was not disappointed and, like a child eager to open presents at Christmas, I soon began examining my catch and adding a few new species to by ever-growing garden list. Common species – Green and Spruce Carpet, Peppered Moth, Light Brown Apple Moth and the like – were, of course, well represented; as were a host of less frequently encountered gems. A personal highlight coming in the form of a hulking Poplar Hawkmoth, although Common Swift and a delightful White Ermine were similarly well received. Moth trapping has always been a favored pastime of mine but I owe #30DaysWild for inspiring me to pick it up once again. It is definitely something that every would-be naturalist should attempt at least once.

Setting out for the North of England Curlew Festival at the weekend, I had not anticipated the day ending with an encounter with one of my all-time favourite bird species. Sure enough, however, a spontaneous trip to a rather unassuming carpark at Sutton Bark soon found me gazing intently at a pair of marvelous Turtle Doves. A species which, to me, embodies everything pristine and beautiful about the British countryside that now, sadly, has become somewhat of a rarity. Due in no small part to the wholesale slaughter of the species as they migrate to our shores over Southern Europe – yes Malta, I do mean you. Anyways, it was a pleasure to gaze upon the dapper doves as they foraged around the feeders, delicate colours alive in the evening sun. The experience made all the better by the presence of Yellowhammer, Siskin and Great Spotted Woodpecker in the immediate vicinity and a surprise run-in with a Quail earlier on.

The weather yesterday was despicable, at least here in Northumberland where it poured from early morning through to late afternoon, and then again at night. Usually, this would leave me housebound but in keeping with the spirit of the month, I decided to brave the weather and head out into the garden, keen to see how the local wildlife was coping with the monsoon. Here a monumental number of white-lipped and garden snails – 122 in total – moved with surprising speed across the lawn, clearly spurred on by the favorable weather. Slugs, of all shapes, sizes, and colours, emerged too; while by the pond, the Common Frogs appeared thoroughly delighted by the constant fall of droplets. With nine individuals – ranging from small, first year individuals to whopping adults – maneuvered around the margins in search of prey. Forty-five minutes of soggy wonder was soon topped off nicely when a Smooth Newt was also found beside the lawn. Rain may frustrate humans, but it would seem our wildlife is less perturbed.