Skip to content
House Mouse
One of the most surprising entries on this list. Yes, the small, brown mouse lurking in your pantry is not actually a native species. Though the House Mouse (Mus musculus) has been associated with man for time immemorial the origins of this famed cheese thief actually lie on the Russian steppe, or nearby at least. There are in fact actually four subspecies of House Mouse with the subspecies persisting in Britain, Mus musculus domesticus, originally an inhabitant of open savannahs between the borders of Persia and the former U.S.S.R. Aided and abetted by the spread of man, an increase in arable farming and a number of other factors, the Mouse is thought to have reached British shores alongside the Romans although some experts dispute this. Admittedly, the evidence for this is tenuous at best with House Mice completely absent from Roman writings regarding Britain. The species was however mentioned by King Alfred in ninth century and later by the author of Lambeth Homilies in 1175. As safe it is safe to assume that M.musculus arrived on our shores sometime before this and given their tendency for introducing a whole host of alien beasties the Romans seem like the obvious culprit. Aside from their obvious impact on humans the House Mouse appears to have integrated perfectly into the British Ecosystem occupying a niche of its very own, drawn to humans whereas most creatures actively avoid us. Love them or hate them, the House Mouse is now as British as Fish ‘n’ Chips and comprises one of the most successful colonists our island nation has ever known. Next time you are tempted to “dispose” of one of these unwelcome home intruders, take a minute and spare a thought for this veritable Columbus of the rodent world.
Brown Rat
The second rodent on our list and arguably the more controversial of the two. The Brown Rat (Rattus norvegicus) is not everyone’s cup of tea. Whatever your thoughts on this rampant rodent however many it seems, think of this species as native. This could not be further from the truth and the Brown Rat first arrived in the UK via Russian trading ships in about 1728. This species most likely originated in Asia, with China, Russia and parts of Japan often stated as its native range. Like the House Mouse, this species thrives in close relation with humans and bolstered by the increasing success of mankind and the prevalence of the filth that comes alongside side us the Brown Rat has spread to almost every corner of the globe. In Britain the Rat has a somewhat chequered history, persecuted and despised due to the contamination of food stores, the spread of disease and their general visage the Brown Rat also has the potential to have a profound impact on native biodiversity, particularly on islands. The impact of these determined rodents is perhaps best felt on smaller islands however and efforts to eradicate the species on a local scale are rather common. As recently as 2013 a £755,000 scheme to remove R.norvegicus from the Scilly Islands was undertaken due to the species profound impact on nesting seabirds. The knock on effects of Rats on the mainland appear less profound however and truthfully, the probability of removing this problematic species is next to nil. Anyways, despite all of this the Brown Rat, like humans is a highly adaptable species, capable of thriving under a range of circumstances and whether we welcome them are not, they are clearly here to stay. 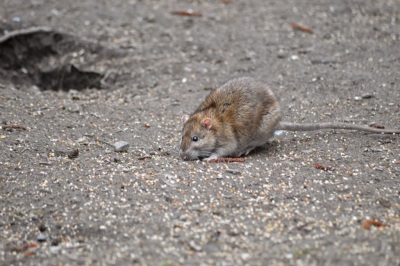 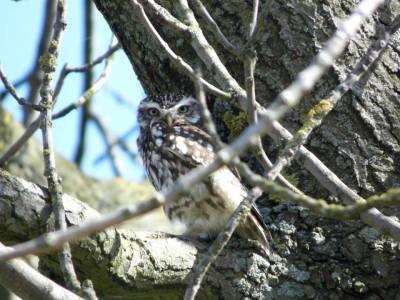